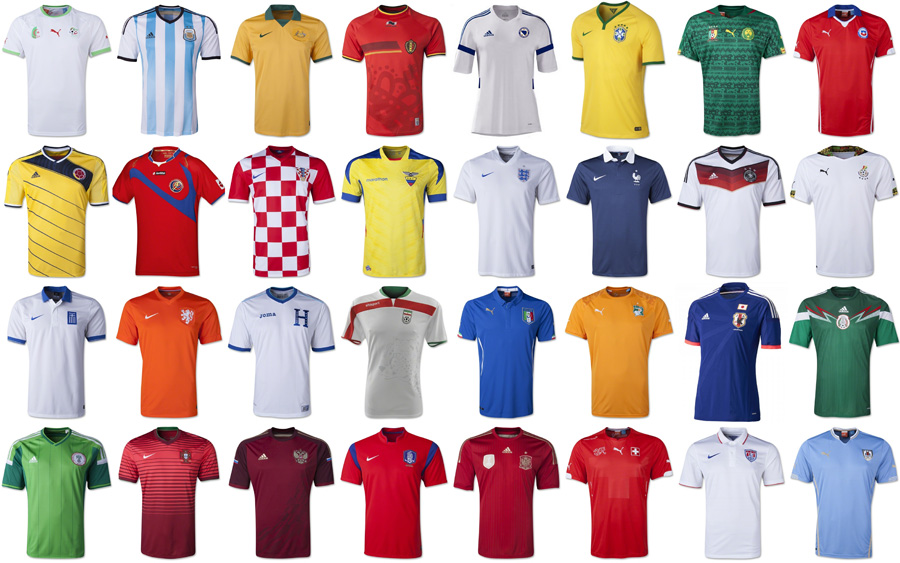 Joe Johnston has spent five years seeking out football shirts from each of the 209 FIFA member countries. With just eight shirts left to find, he tells The Scotsman about a global quest involving the Pope, a Mormon missionary and a five-figure sum of money. By Patrick McPartlin

Six federations, 209 countries, five years, one man. It sounds like the tagline to the latest blockbuster film, but it’s very much day-to-day life for Joe Johnston.

The University of Aberdeen library worker is coming to the end of a quest to collect a football shirt from each of the 209 FIFA member countries; a global hobby that started in the Granite City’s charity shops.

“Around the time of the 2010 World Cup, one of my mates was going around all the charity shops in Aberdeen, buying all the second-hand shirts he could find,” explains Joe.

“Pretty soon he’d got quite a lot, some interesting and exotic ones like Bayer Leverkusen, Roma and the like – and vintage Barcelona and Inter Milan shirts.

“I was passing an Oxfam shop and decided I wanted a piece of the action, so I popped in and five minutes later I was the proud owner of a Scotland shirt and a Slovenia shirt.”

Already in possession of an Argentina shirt – “I’ve always liked them ever since I got into football at the 1994 World Cup” – Joe realised that with three international football jerseys, he had inadvertently started a collection.

“The only logical thing to do with a collection is try and complete it – so here I am, five years later, with 300 football jerseys clogging up my bedroom.”

Looking back at his decision to embark on the quest, Joe admits he wrestled with the logic at the time.

“I reasoned with myself. ‘Don’t be so stupid. It’s probably impossible,” he says.

It’s mad to think that I’ve got a Pope’s football shirt. I hope he hasn’t been looking for it
Joe Johnston
But it was a thought that kept niggling at the back of Joe’s mind, eventually leading to a bit of research.

“I found myself on the internet checking out the international world rankings. It turned out that a total of 208 nations were members of FIFA.

“‘That’s loads’, I thought. I don’t have a very big wardrobe. But I began trawling eBay and buying more shirts, and then more and more – the theoretical goal of 208 national shirts solidifying in my mind as a personal challenge.”

Then in May 2012, South Sudan were confirmed as the 209th member of FIFA, giving Joe another shirt to source.

Fast-forward to July 2015, and Joe is just eight shirts away from completing his collection.

But although Joe has received help from across the world – “I’ve had a lot of help from guys in Canada, Germany, England, Mexico” – the task hasn’t been without its pitfalls.

During 2014, a six-month dry spell occurred, with Joe hitting a brick wall.

“I didn’t manage to tick off any new countries, no one was replying to my messages and I started to think that maybe it wasn’t possible.

“But then I managed to crack another two countries in a week, and suddenly I felt like it was back on again.”

Another problem has been the abundance of ‘fake’ shirts. When I ask Joe about his worst experience, he points to his attempts to source one particular shirt.

“It was my fourth attempt at getting a Mali shirt and I discovered that it was yet another fake. Fake shirts are the worst thing about the quest – there are loads out there.

“For me, they don’t count. If they did, then I could just buy a yellow Adidas shirt and write Mauritainia on it in pen and say I was done – and where’s the fun in that?”

Thankfully, Joe – who reckons he’s spent ‘a five-figure sum’ on his hobby – has had numerous positive experiences on his quest. But what’s his most prized shirt, I ask?

“I’ve got a Montserrat shirt, brought back from a World Cup qualifier for me by one of the players that I’m quite proud of – they’re incredibly rare.

“But the ultimate honour probably goes to my Azerbaijan Under-17 shirt. I saw it for sale on eBay, really cheap, signed by a load of players and with a message written on it in German, along with a date and a place name.

“I did a lot of Googling and research, and realised that it was actually a shirt that had been presented to Pope Benedict XVI at some obscure Italian tournament.

“No one else had realised, not even the seller, who had probably just picked it up at a charity shop in Rome when they cleared out Benedict XVI’s possessions and put it up for sale without thinking about it.

“I got it pretty cheap in the end. It’s mad to think that I’ve got a Pope’s football shirt. I hope he hasn’t been looking for it.”

The quest has grown from being a one-man operation to involving individuals and organisations from across the world.

“A film-maker in Tanzania sent me a match-worn shirt that he happened to have; a Mormon missionary in Madagascar is trying to help me out at the moment and I also bought a fake Malawi shirt from the David James bankruptcy auction,” he reels off.

In November 2014, bankrupt former Liverpool goalkeeper David James held a ‘car boot sale’ in order to sell some of his possession, including a number of football shirts – including the counterfeit Malawi jersey

“David is well-known for his big heart and his generosity –

“I knew [the shirt] was a fake – but it isn’t just any fake Malawi shirt. The fact he had a Malawi shirt at all – fake or not – is presumably related to the work he does with the David James Foundation, a Malawi-based charity that he organised to educate farmers.”

I ask Joe to explain the process behind searching for the shirts, especially the more outlandish kits.

“There are a lot of collectors out there looking for the really hard-to-find shirts,” he explains. “I’ve messaged a whole lot of footballers on Facebook, I’ve emailed numerous football associations, football officials, sport shops, embassies – I’ve even found random blogs from people living in out-of-the-way places and I’ll message them to check if official replica shirts are available.”

Not all of the footballers have replied, but Joe did manage to have a chat with St Mirren cult hero – and former Montserrat international – Junior Mendes.

“I managed to get Junior’s number via the University of Aberdeen press officer after discovering he was playing for Nairn in the Highland League. It was kind of surreal, but he was a really nice guy,” Joe recalls.

“I’d like to have an exhibition somewhere so people can come and see them for themselves. So many people have shown interest in the collection, I think it’s the sort of thing people would like to see.

“It’s a sort-of statement about how football unites the world – it transcends language, culture, religion.

“One thought I had was that the shirts would be a great gimmick for a sports bar. It could be called ‘The 209’ and the gimmick is that there’s a shirt from every FIFA member country. My business acumen isn’t great but maybe I could lease them to a bar somewhere.

“I’d also like to adapt the blog into a book – maybe rewrite some of the posts, get better photos done. I think it’s the sort of thing that would be a good stocking-filler for guys at Christmas. So if there are any publishers out there reading this who think it’s a good idea…”

Joe’s quest is all the more impressive when you consider that six-month period when his efforts stalled, and that it’s so far spanned two World Cups and one European Championship tournament. But there’s a more human aspect to it, a sort-of unbridled joy that comes with each new shirt that Joe receives.

“It’s always a good feeling when something incredibly rare arrives in the post and I open the parcel. It’s like Christmas every day,” he smiles.

Joe runs a blog charting his efforts at theglobalobsession.com. You can contact him through either if you are able to help him source those last remaining shirts.

What are you looking for?